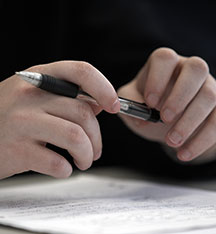 The International Association of Fire Chiefs (IAFC), in cooperation with eight other agencies who form the Public Safety Alliance, is making its position known in the ongoing – and increasingly heated – debate about a potential nationwide public-safety broadband wireless network.

At issue is what to do with the “D-block” of over-the-air wireless spectrum space that was vacated when analog television broadcasts ceased in 2009. The Federal Communications Commission (FCC) has put forward a plan to auction the D-block to private licensees (like cell phone service providers) who, in turn, have vowed to give public safety agencies priority access to the wireless network for use during emergencies. The IAFC, however, is advocating a proposed bill in Congress that would assign the D-block for public safety use outright, giving public safety agencies direct control over the network.

The IAFC says that level of control is critical to ensure the network is immediately available to police officers, firefighters, medical personnel and other first responders when disaster strikes. By assigning the entire block of spectrum space for a single, public-safety purpose, agencies can then deploy a single technology that can be freely shared among public safety workers to quickly and efficiently use the new wireless network during an emergency. On the other hand, according to the IAFC, if slices of the spectrum are auctioned to a number of different private companies, emergency workers will be at the mercy of those providers for wireless access. The IAFC says those companies would have the power to decide what is or is not an emergency that requires priority public-safety access to the network.

The Cost of Public Safety

According to those who support the FCC auction of the D-block, the issue isn’t control, it’s cost. The Connect Public Safety Now coalition – a group of wireless providers, including T-Mobile, Sprint and others – says they should be granted access to the D-block because they are the companies who can afford to develop the towers and other network infrastructure needed to operate it. The coalition believes if public safety agencies are given the spectrum space outright, even with funding support from Congress, the burden will fall on already-cash-strapped local and state governments to build-out the network. While that may be possible for public safety agencies in large and well-populated areas, smaller rural areas may go un-served by the network. In response, the IAFC points to other FCC auctions of unrelated spectrum space that can be used to fund network construction and maintenance in rural areas that will not be covered by federal grants. If Congress does not act to assign the D-block outright for public safety use, the FCC has authority to proceed with the auction later this year.

Anna Maria College offers an online fire science bachelor’s degree. With the online program you can share in the experiences of Anna Maria College’s industry leaders and from students across the country. Find out more about the Bachelor’s Degree in Fire Science or call an Admissions Advisor at 877-265-3201.