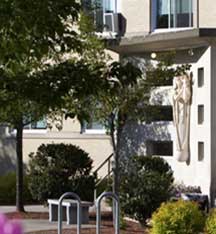 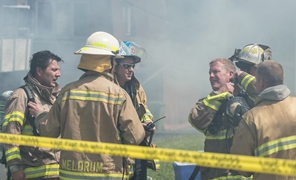 If you want to advance your firefighting career, you may benefit from getting a degree in fire science. There is not only a growing need for firefighters with specialized training and a diverse skill set, but the job market for leadership roles within the industry has also become increasingly competitive.

This fire science job growth overview can help you choose a career path that’s right for you.

While job growth for firefighters is projected to be about average (five percent) by the Bureau of Labor Statistics, it’s considered a strongly competitive field for jobseekers. There is a growing need for career firefighters with a diverse and specialized skill set — especially in urban centers across the country.

As a result, there is an increasing need for more fire department trainers, officers, lieutenants, and chiefs. Firefighters and those in leadership positions are required to have a more diverse skill set; in addition to fire suppression and prevention, they may be expected to deal with other types of hazards (e.g., wildfires or hazmat) or be trained in communications, finance, investigation and analysis, disaster planning, and human resources.

If you’re looking to get a specialized job and earn a higher salary within the fire service industry, city fire departments offer the most opportunity. Urban fire departments tend to offer a broader hierarchy of employment while smaller, rural fire departments usually only pay the fire chief. Furthermore, many fire departments prefer candidates for positions higher than battalion chief to have fire science degrees.

Leadership Roles that Benefit from a Fire Science Degree

As the need for firefighters grows because of population growth, so does the need for leadership positions in the fire service. Here are a few examples of supervisory careers that would benefit from the skills learned in a fire science degree program.

Fire Chief — In this leadership role, you will be responsible for managing and overseeing the administration of an entire fire department. Your responsibilities might include collaborating with local government on fire prevention strategies and programs, budgeting, staff supervision, firefighter education and community outreach. Fire chiefs with extensive firefighter experience and a degree in fire science who work in a metropolitan region tend to earn between $105,000-155,000 per year.

Shift Commander – As a shift commander, you would report directly to the chief and be responsible for planning and managing the activities of employees on an assigned shift.  This includes assisting the chief with department operations and strategic decision-making, supervising personnel, coordinating investigations and training, evaluating performance, and investigating complaints. Shift commanders may earn between $76,000-$97,000 annually if they work in a metropolitan area.

Battalion Chief –  The battalion chief typically manages several stations that work together to service an area. Your responsibilities may include budgeting, ensuring each station is performing up to standard, overseeing equipment, and being in charge of an operation in the event of a major emergency. According to Payscale.com, the average annual salary for a battalion chief is about $82,000.

If you’re thinking of advancing your firefighting career, consider enrolling in the Online Bachelor of Science in Fire Science at Anna Maria College. To learn more, request information or call 877-265-3201.

“Fourth needs assessment of the U.S. fire service: Conducted in 2015 and including comparisons to the 2001, 2005 and 2010 needs assessment surveys.” NFPA.org. http://www.nfpa.org/~/media/files/news-and-research/fire-statistics/fire-service/osfourthneedsassessment.pdf?la=en (accessed February 27, 2017).